When I tell most people that I am a Tantrik, they have an amused curiosity.  Unless they’re men:  Then they think they have a really good chance of getting laid.  Or, that I’m trying to proposition them.

All of these approaches suffer from flawed assumptions.  They stem from the way in which Tantra has been popularized in the West.  It has been regarded as a fuck-fest and a religion based on sex.   I think Western cultures appropriated this version of Tantra:

1) Because they already had enough of their own religion, and didn’t need any more of it.

2) Their religion didn’t have any sex in it, so they thought “Groovy man!  Let’s get it onnnnn!”

This deduction has not been scientifically tested or proven of course, but I can write whatever I want since it is my blog.  Seriously, I have a major issue with the way in which Tantra has been exoticized, and reduced to a painfully constricted point of view.  Something that encompasses all of life, should not simply denote human beings shagging.  The sacred, loving and pleasurable expression of consenting, adult, human sexuality, is but one element of it. 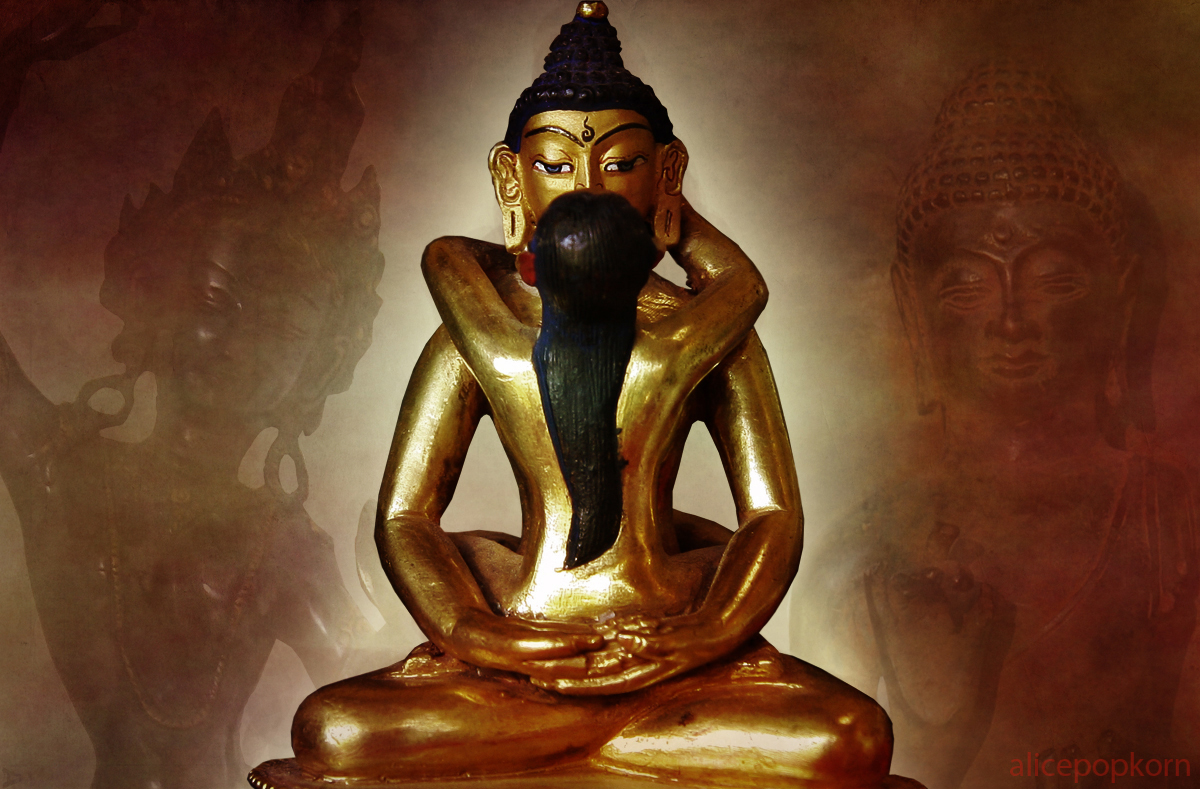 Tantra according to Shri Aghorinath ji is a word derived from the combination of two words: ” tattva” and “mantra”. “Tattva” means the science of cosmic principles.   “Mantra” refers to the science of mystic sound and vibrations.  Tantra then, according to Shri Aghorinath ji “… is the application of cosmic sciences with a view to attain spiritual ascendancy.”  In essence, it means connecting with our source of life and connecting with ourselves.  You may call the source “God.”  I choose not to, simply because the concept of God has become riddled with differing connotations over the millennia.  I’ll simply use the term “source” from here on in, and will posit that I do not believe it is static at all.

Scientists have theorized that life began with an explosion of light and energy, popularly known as the big bang.  Whether or not you believe this is irrelevant.  Albert Einstein proved that  E = mc2.  This means that energy is equal to mass multiplied by the speed of light squared.  Mass is the amount of matter that forms an object.  Matter is anything which can be perceived by the senses.  How is this relevant to this topic?   According to Einstein, “It followed from the special theory of relativity that mass and energy are both but different manifestations of the same thing -a somewhat unfamiliar conception for the average mind… (it) showed that very small amounts of mass may be converted into a very large amount of energy and vice versa.”

Einstein’s theory was subsequently proven by other experiments.  Last year, scientists from Harvard and MIT created matter using light.   This just goes to show that there is an irrefutable connection between light and energy/matter.  Light affects energy/matter.

These scientific principles can be compared to the foundations of tantra:  A belief in consciousness and energy, as expressed through the personifications of Shiva and Shakti.  Shiva and Shakti are the god and goddess which signify the principles of the universe.  For creation, preservation, destruction and re-creation to occur, there must be light (consciousness) and energy/matter.  Science does not really explain consciousness or the causes of consciousness.  However, we cannot deny that it exists.  This is where the debate usually arises.  Is there an underlying consciousness which controls everything?  (The traditional and popular interpretation of God)  Or, is there simply a source of  knowledge and intelligence, pure consciousness if you will, which is not separate from energy and at the core of our existence?  This is what I have come to believe.